Our Miranda Rights developed out of a 1963 case in Maricopa County, Arizona.  Ernesto Miranda was accused of armed robbery of a bank worker and was arrested by police.  Miranda was never offered an attorney.  Miranda had a record for armed robbery, attempted rape, and assault and battery.  While in custody, during the two hours of questioning that followed the arrest, Miranda confessed to the theft and the kidnapping and rape of an 18 year old woman 11 days earlier.  Ernesto Miranda was convicted of the armed robbery, but appealed his case to the Supreme Court on the grounds that Miranda did not understand that he had the right against self-incrimination.

In 1966, the United States Supreme Court made a landmark ruling in the case ofMiranda vs Arizona that established that a suspect has a right to remain silent and that prosecutors may not use statements made by the defendants while in police custody unless the police have advised them of their rights.  The “Miranda Rights” statement was not specifically developed in the Supreme Court’s decision but the basic principles were taken from the decision by law enforcment agencies and they have established a basic set of simple statements that can be read to an accused person prior to any questioning:  1. You have the right to remain silent. The Court stated that “At the outset, if a person in custody is to be subjected to interrogation, he must first be informed in clear and unequivocal terms that he has the right to remain silent”; 2. Anything you say can be used against you in a court of law. The Court stated that ‘The warning of the right to remain silent must be accompanied by the explanation that anything said can and will be used against the individual in court;3. You have the right to have an attorney present now and during any future questioning. The Court stated “the right to have counsel present at the interrogation is indispensable to the protection of the Fifth Amendment privilege under the system we delineate today … [Accordingly] we hold that an individual held for interrogation must be clearly informed that he has the right to consult with a lawyer and to have the lawyer with him during interrogation; 4. If you cannot afford an attorney, one will be appointed to you free of charge if you wish.The Court said “In order fully to apprise a person interrogated of the extent of his/her rights under this system then, it is necessary to warn him not only that he has the right to consult with an attorney, but also that if he is indigent a lawyer will be appointed to represent him. Without the additional warning, the admonition of the right to consult with counsel would often be understood as meaning only that he can consult with a lawyer if he has one or has the funds to obtain one.   The Court continued by declaring what the police must do if the person being interrogated indicates he or she does want a lawyer. It said “If the individual states that he wants an attorney, the interrogation must cease until an attorney is present. At that time, the individual must have an opportunity to confer with the attorney and to have him/her present during any subsequent questioning. If the individual cannot obtain an attorney and he indicates that he wants one before speaking to police, they must respect his decision to remain silent.”

Consequently, the four bold sentences above were formed together to be known as the Miranda Rights most police agencies use today: You have the right to remain silent. Anything you say can be used against you in a court of law. You have the right to have an attorney present now and during and future questioning. If you cannot afford an attorney, one will be appointed to you free of charge if you wish.

Can you be arrested without being read your Miranda Rights?

The answer is yes. The Miranda rights do not protect you from being arrested, only from incriminating yourself during questioning. The only thing police are required to have to arrest you is “probable cause” or an adequate reason based on facts and events to believe the person has committed a crime. The police are only required to read you your Miranda Rights  prior to any questioning or interrogation. Failure to read the suspect his/her rights may cause subsequent statements to be thrown out of court, but the arrest may still be legal and valid. So just because your Miranda Rights were not read, does not mean your case is automatically dismissed.

Can police ask you routine questions without being read your Miranda Rights?

The answer is yes. The police are allowed to ask routine questions like name, address, date of birth, and social security number necessary to establish a person’s identity. Under this same reasoning, police can also administer alcohol and drug tests without warning, but suspects being tested may refuse to answer questions during the tests.

Can the Miranda Rights be Waived if National Security is at Stake?

The answer is yes.  The most recent case of the Boston Marathon bombers is an incident where the Miranda Rights are not required before questioning the suspect.  The reason being National Security dictated that it was necessary to interrogate the suspect without reading them their rights to find out if there were any other bombs or any other people involved.

The answer is no.  In Berghuis vs. Thompkins decided by the U.S. Supreme Court in June of 2010, the Court ruled that a suspect’s silence during interrogation does not invoke his right to remain silent under Miranda vs Arizona.  The invocation of that right must be unambiguous, and silence is not enough to invoke it.  Voluntarily and knowingly responding to police interrogation after remaining silent constitutes a waiver of the right to remain silent, provided that a Miranda warning was given and the suspect understood it.

The bottom line is that your Miranda Rights do not always have to be read when you are arrested.   If they are not read it may be a reason to exclude some statements and evidence, but it does not automatically equate to a dismissal of your charges. 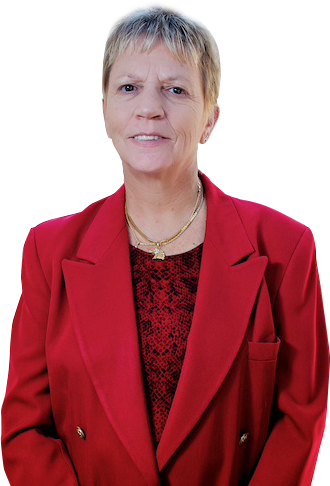 The “Dangerous Instrumentality Law” in Florida – Just what is it, and how does it affect you?

Florida’s dangerous instrumentality doctrine provides that the owner of an inherently dangerous tool is liable for any injuries caused by that tool’s operation.  The Florida Supreme Court in 1920, extended the doctrine to motor vehicles, holding that owners may be held accountable for any damages suffered by third parties as the result of the negligent operation of their vehicles, when they are driven by others with their knowledge and consent. END_OF_DOCUMENT_TOKEN_TO_BE_REPLACED

Protecting Your Child On The Internet

Internet Safety Tips to Implement First, you should make sure that your home computer is in a common area and not in your child’s bedroom.  You should supervise your child’s computer activities: websites visited, chatrooms, instant messages.  Advise your child to NEVER give out their:  age, name, address, phone number.  They should also not give out their parents names or workplaces, the name of their school or any passwords.  END_OF_DOCUMENT_TOKEN_TO_BE_REPLACED